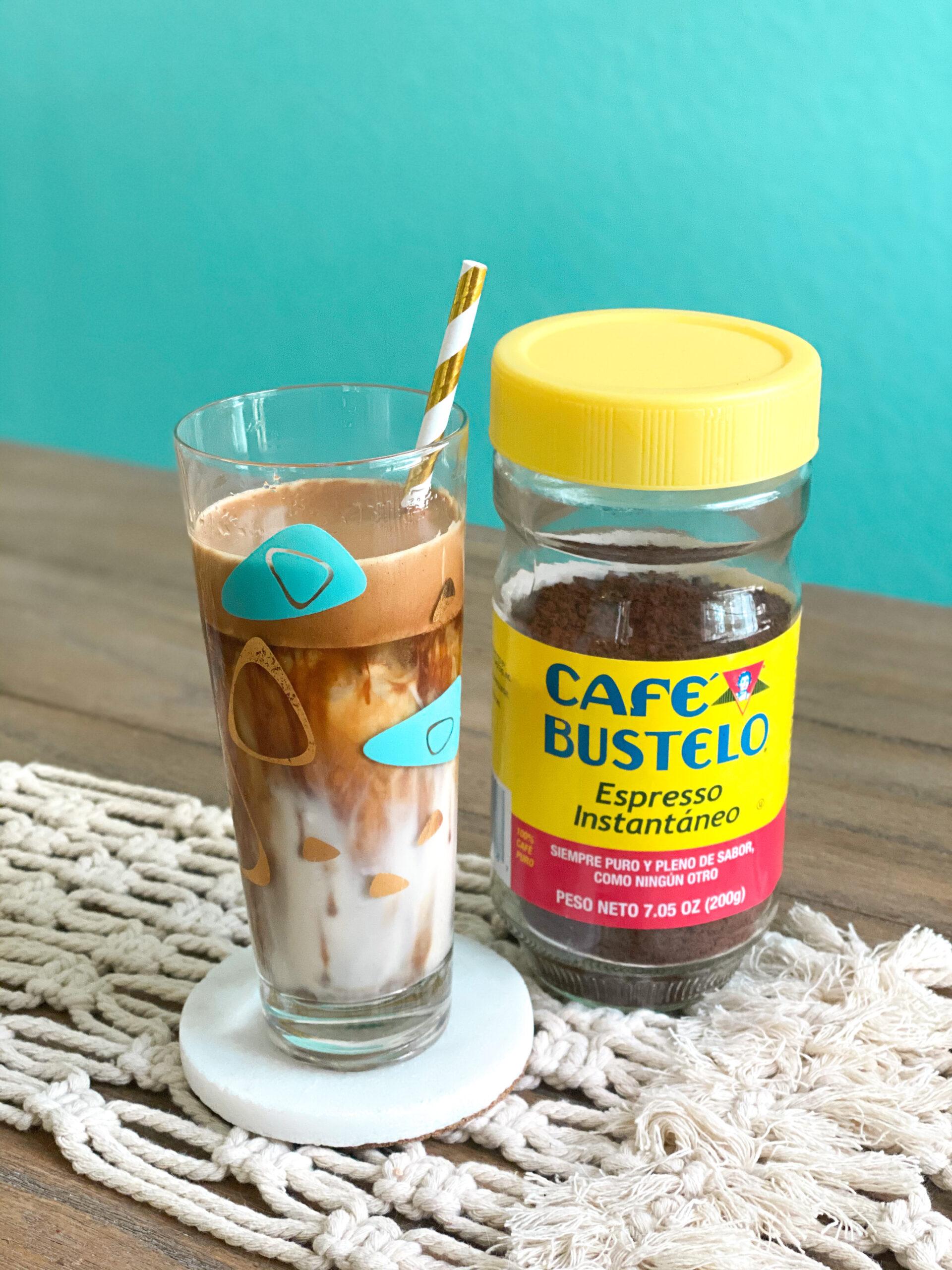 You may recall the “whipped coffee” recipes that were popping up all over the internet a few months ago during FLOvid19 quarantine. When I heard a few friends buzzing over whipped coffee like it’s the new craze, I chuckled and said “Oh, it’s a Greek Frappé. I have been drinking them for years!”

Before migrating to South Florida, I was a teacher in Tarpon Springs, FL. This tiny coastal town founded by Greek immigrants to establish the “Sponge Capital of the World.” It is a treasure trove of the best Greek food, coffee and pastries outside of the Dodecanese islands.

During my planning period, I would slip off campus to get a Greek Frappé to fuel teaching my afternoon classes. It became known amongst my students that if they came in late to school, bringing a frappe to classroom would win them a spot on my nice list.

When I moved to West Palm Beach, I could not find a Greek café that fit my standards. Frappés became a distant delight and I replaced my coffee cravings with a Cuban coffee.

I quickly became a connoisseur of the cafecito, the strong sweet Cuban espresso in a tiny cup that literally translates to “little coffee.” Cafecito refers to the not only drink itself but also the windows at Cuban restaurants where locals linger and socialize. Cafecito is a communal event, my first time ordering at Havana in WPB a stranger offered me a thimble of coffee to join him in an afternoon toast. As I became a pharmaceutical rep, I always knew to save my Cuban doctor’s offices for the afternoon because the medical assistants would always offer me a cafecito to kick my post-lunch sleepiness. I did not forget the Greek Frappé, but I was satisfied with a new coffee culture.

As I entered those dark days of quarantine, the whipped coffee internet trend came to my life at the perfect hour, around 3:05 PM: cafecito hour in homage to Miami’s area code. I patrolled the aisles of Publix for the staples of a Greek Frappé, Café Bustelo instant espresso caught my eye. Traditionally, Greek Frappés are made with instant Nescafé. I felt a little twinkle of genius and thought “What if I combine the Greek Frappé with the Cuban Cafecito?”

Both the Frappé and Cafecito have similar elements of being strong coffee with a touch of sweetness. I really wanted to create a beverage that payed homage to both Tarpon Springs and Miami, two Florida cities that have had an immense impact on my life and my love for coffee. For a Flohemian spin, I used Coconut Stevia Sweet Drops in my recipe.

Let me just tell you, I may give every barista in Florida a run for their money. Below is a recipe postcard for you to print, enjoy and establish your daily Frappécito ritual at 3:05 PM.