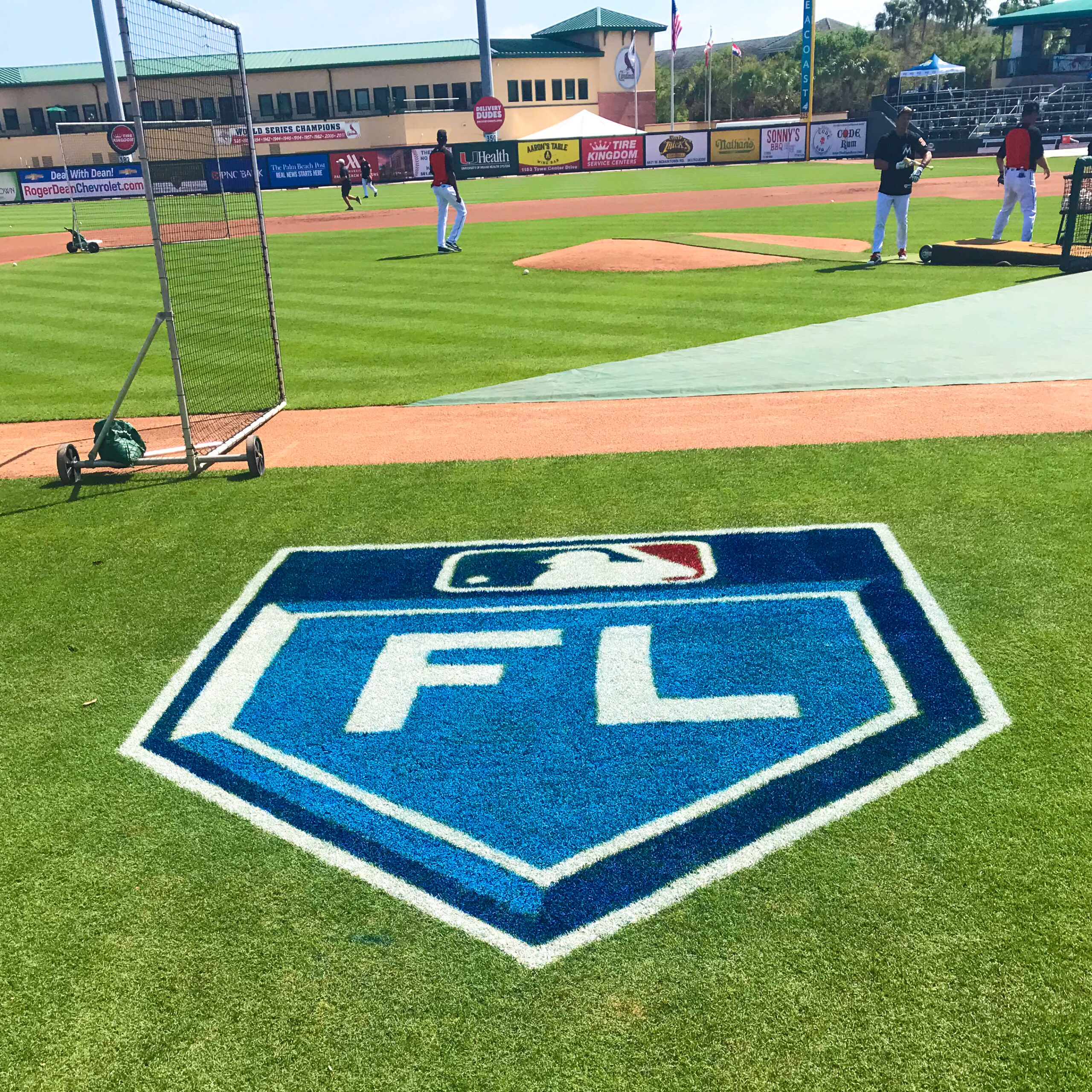 Spring in South Florida is an absolutely glorious time. This week the sun has been shining daily, with the average temp being 78 degrees and perfectly sunny. With the weather batting at a thousand, it is a great time to get out and enjoy the epitome of American culture: baseball.

Lucky for us Floridians, we get an extended opportunity for baseball with spring training games starting in late February. The Grapefruit League is composed of East US teams that set up a homestead in a Florida town. The only other state blessed with extra innings is Arizona, where the Cactus League is made of West US teams. 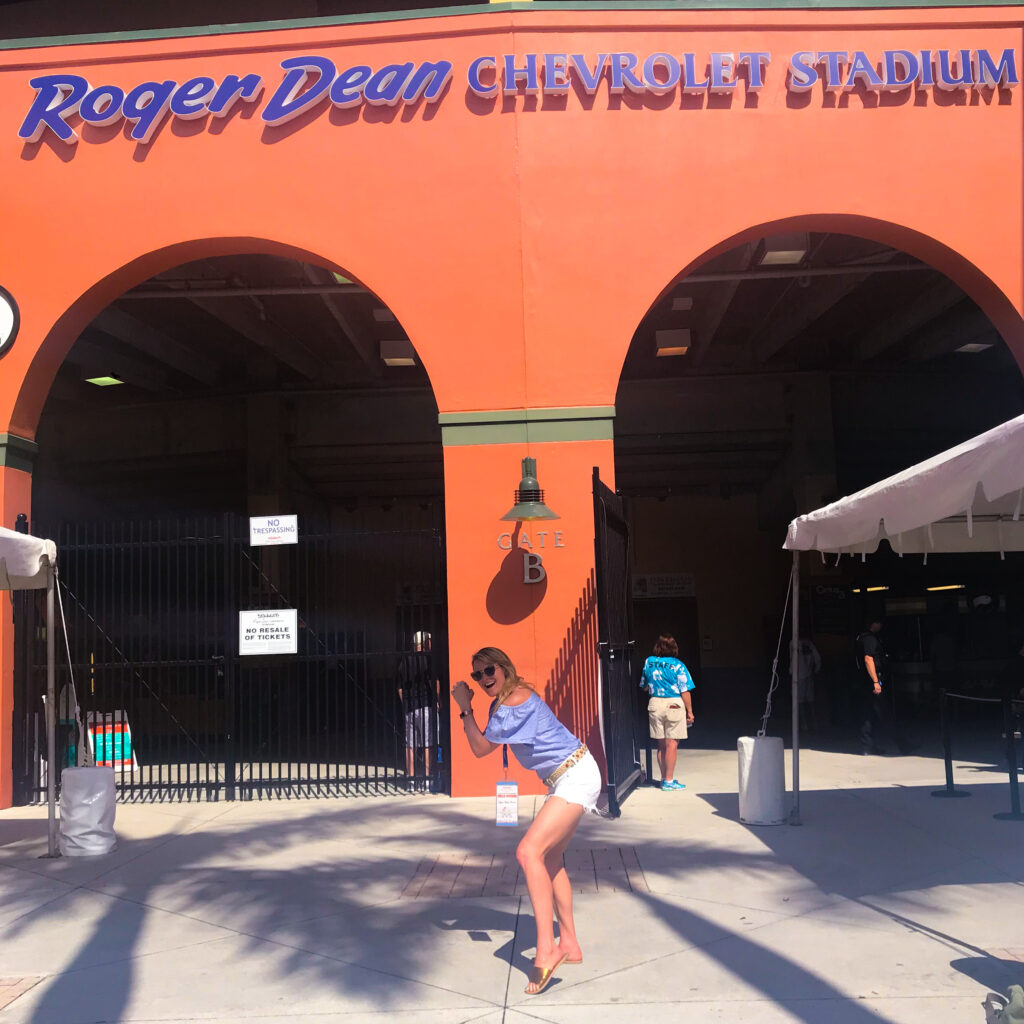 Jupiter’s Roger Dean Chevrolet Stadium is home to both the Miami Marlins and Louisville Cardinals, hosting both local fans and visitors from the Mid-West. Whether you’re a hometown hero or a visiting team, Jupiter Beach Resort steps up to the plate to make your spring training experience a home run.

I had the pleasure of spending a day last week in staycation mode for the Marlins vs Washington Nationals. I met with a media group at the resort, where we became acquainted over mimosas before a shuttle took us to the stadium.

We got access on field for batting practice which retails $5 over ticket price, bringing us up close and personal with the Marlins. We met with Cameron Maybin, who has returned to the Marlins after winning the 2017 World Series with the Astros. Maybin played with the Marlins from 2007-2010, and in 2009 his first game as a starting center field was against the Washington Nationals on Opening Day. I did not know this when we met with him, but what a pleasantly ironic moment to meet Mr. Maybin on his return to the Marlins playing the same opposing team as when he debuted as a starter, 9 years prior. 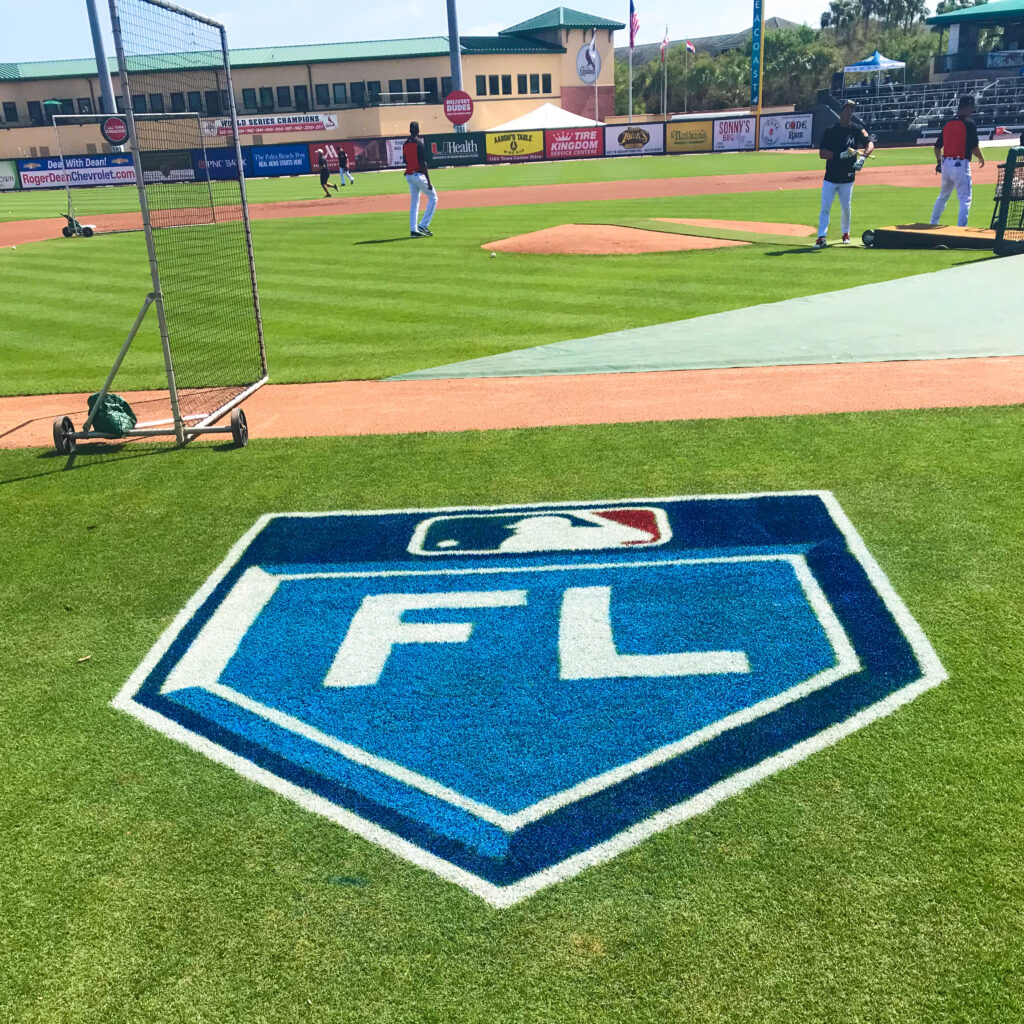 We got a tour of the stadium, and we were able to see the new renovations including upgraded box seats and Corona Beach taking over the berm.  For game snacks I opted for the Chicken Empanadas with Jalepeno Jelly from my local favorite restaurant Guanabanas, it was more Floridian than the traditional hot dog. The stadium’s local craft beer sponsor is South Beach Brewing Company, a new microbrew that touts themselves in being the “Brewer of The Brunch Beer.” They have 3 beers on tap to sip at each strike: South Peach Shandy, Blood Orange Sunset IPA, and Strawberry Orange Mimosa. They were citrusy, light and refreshing during the game. 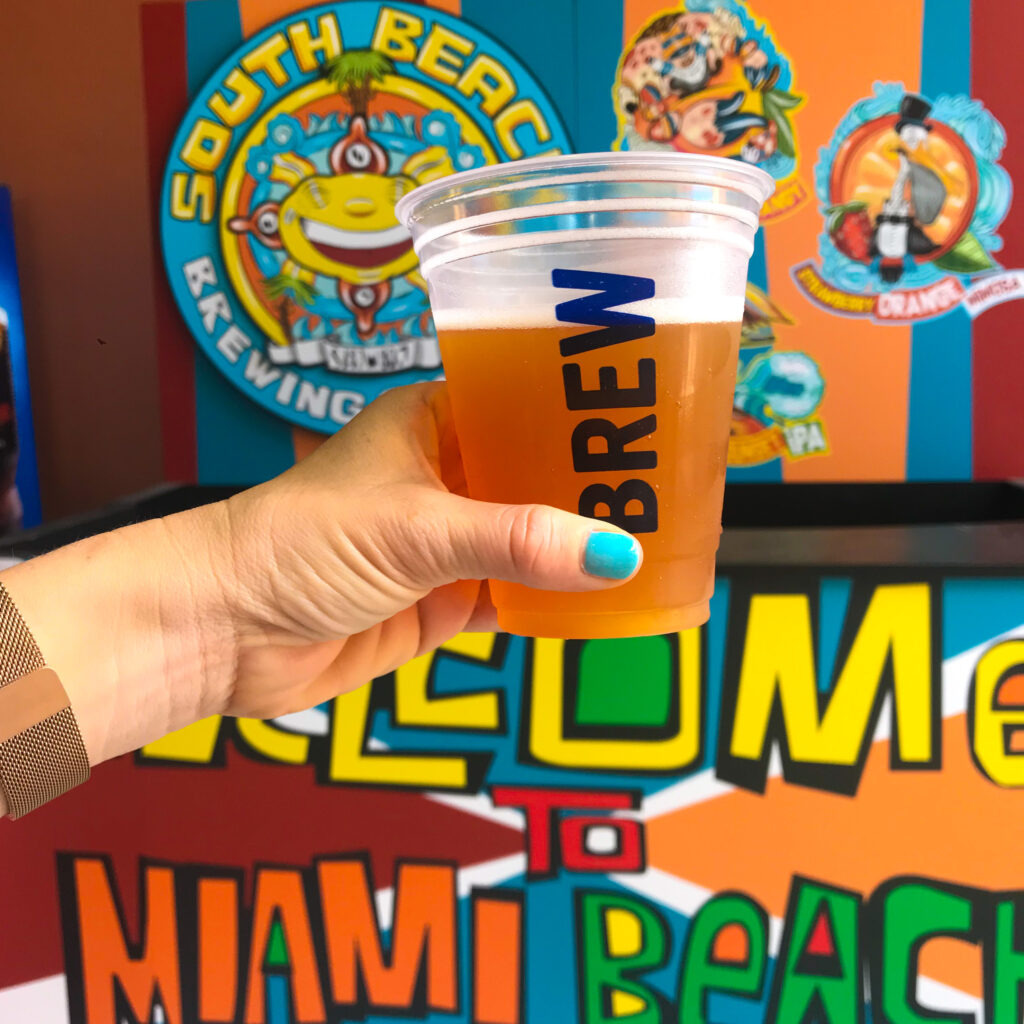 Post-game we went back to Jupiter Beach Resort to their poolside bar, The Sandbar. We snacked over apps and maybe one of the most amazing burgers I’ve had. The “Jupiter Dare Burger” was angus beef that threw a curveball with Applewood smoked bacon, carmelized red onion, jalepenos, peanut butter and grape jelly. I will be going back with my boyfriend just for the burger alone!

The property on the resort is serene and beautiful, it is one of the only beach front hotels in Jupiter. After a day of sunshine and baseball, burgers, and beer, I wrapped up the day swaying in the resorts Hammock Garden.

To plan your Spring Training staycation, check out the resort’s Play Ball MLB Spring Training Package that includes a beachball, baseball, bag and sharpie to get the players autographs. Take in all the Baseball Americana you can, then retreat to a tropical beachside oasis. 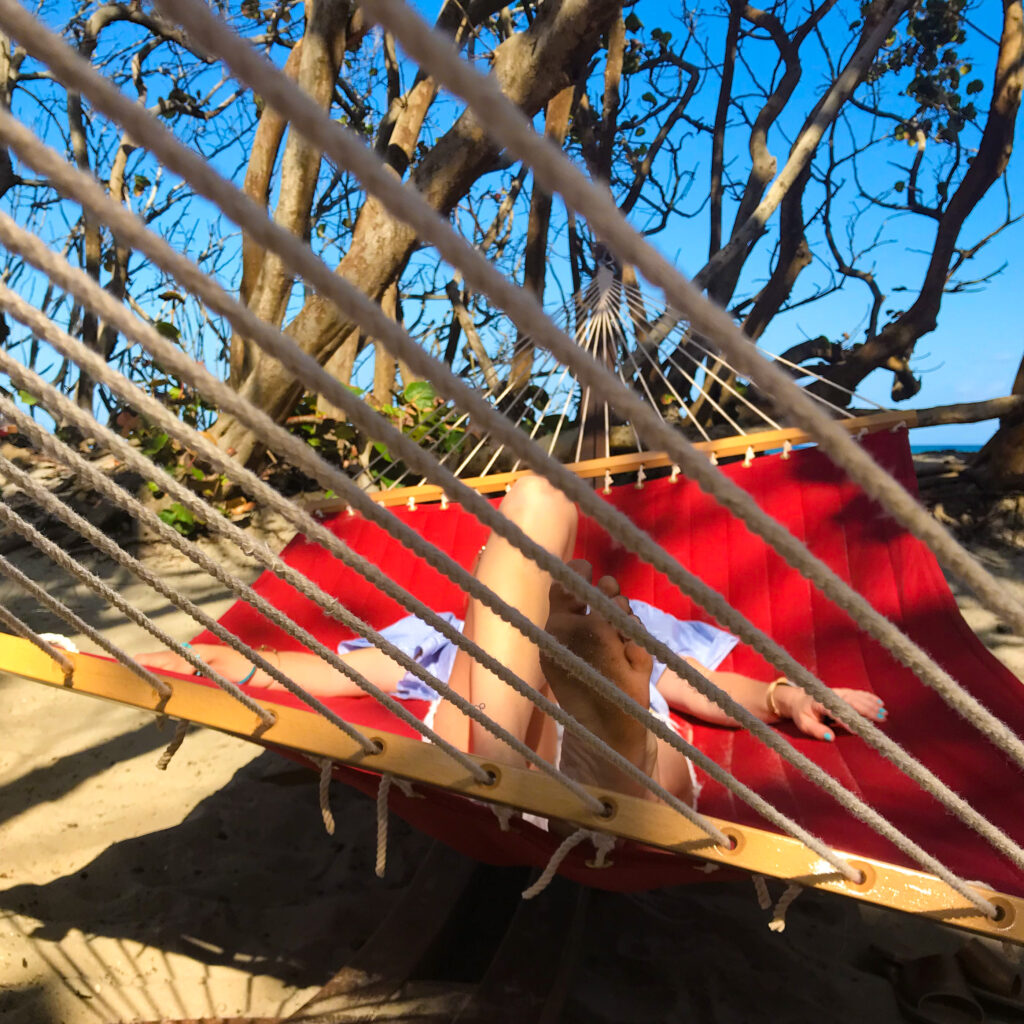 Much credit due to Jupiter Beach Resort and Diamond PR for the amazing day!

Happy #407day which is a day to celebrate Greater

Drop an 🍊 if you love Funedin. Bonus points if

A good vibe guy literally rose from the dead about

#FloridaFunFact Friday is bringing me back to the

Mark your calendar for ***Friday April 2nd bc @art

I would just like to put it in writing: MARCH IS T

What’s the taco ‘bout town? In St. Augustine B