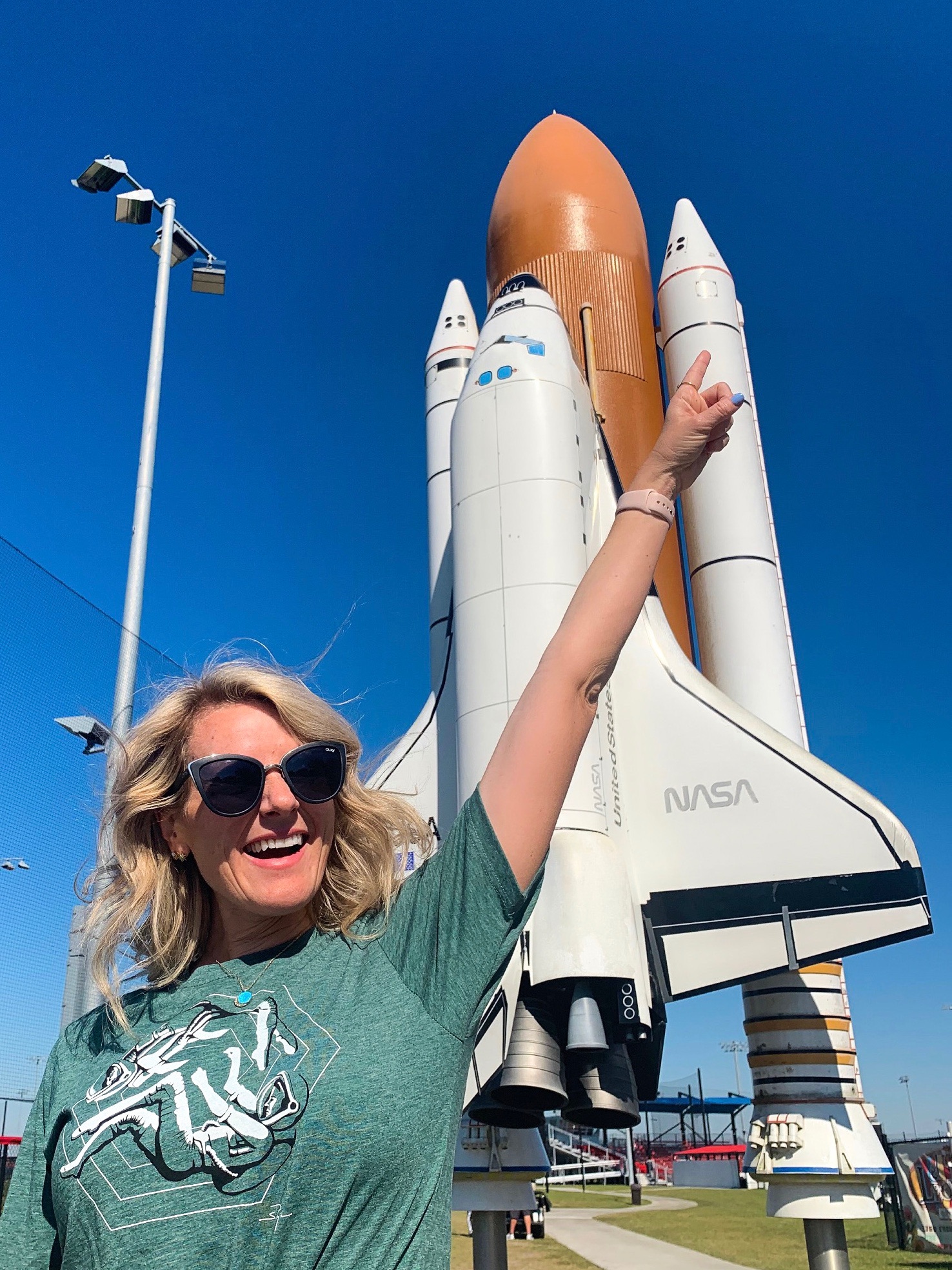 My life is a Florida roadtrip. Aside from seeking the best Florida travel destinations for this blog, I work 9-5 on the road in sales which calls for long days on the road. I became fascinated with roadside attractions when I consistently passed a giant orange along US-1 in Rockledge. After a long day of work, I jumped out and used my car antennae as a tripod to take a silly selfie in front of it and since then, I have pretty much been on the hunt for quirky landmarks. Below, I’ve rounded up a few of my favorite Roadside Florida selfie stops.

A true piece of Old Florida, this epic orange was first constructed in 1967 as a juice stand. It was hosted by the Eau Gallie Chamber of Commerce. Although I cannot find when they stopped squeezing citrus at this spot, I do know Eau Gallie became consolidated under the city of Melbourne in 1969, so perhaps around that time. The 15-foot diameter fruit was restored by the Rotary Club and now sits beside the located of Disabled Veterans of America. Squeeze the day and snap your photo in front of this piece of forgotten Flo.

This stadium opened in 1994 operating as an MLB spring training facility until 2016. Today the sports complex serves mostly high school and college athletic events. For the opening of the stadium, NASA donated a1/15th sized replica of a shuttle to serve as a centerpiece and draw spring training attendees to the Kennedy Space Center. Made out of fiberglass and aluminum, the rocket cost an astronomical $15,000 to construct. I used this spot as a photo op to snap pictures of this tee by Sarah Page to celebrate the first all-female Space Walk in 2019.

The colossal crustacean was first sculpted in the 1980s in front of restaurant in Marathon. It took over 5 years to create the 30-foot-high and 40-foot-long Caribbean lobster. Big Betsy was moved in 2009 in front of The Rain Barrel in Islamorada, where she continues to be an ambassador to the Florida native species. Big Betsy is said to be the second most photographed landmark of the Florida Keys, falling behind the Southernmost Point buoy. Aside from being a fun photo, the Rain Barrel is an excellent spot to stretch your legs as you cruise to Mile 0.

King Kai at The Mai-Kai

Established in 1956, the Mai-Kai Restaurant has been a portal to Polynesia in South Florida and is listed on the National Register of Historic Places. It is home to a lush Tiki Garden adorned with waterfalls and tiki statues. In 2009, an iconic carving in the gardens collapsed that stood since Mid Century. Local artist Will Anders constructed King Kai as a commemoration of the 60th anniversary of the Mai Kai in June 2016. I would like to initiate the start of the King Kai Selfie Challenge!

The Giant Conch at Shell Bazaar

This 5000-pound shell created out of concrete and rebar has been sitting in front of the Shell Bazaar since it opened in 1953. This family owned business was established by the Williams family before Port Saint Lucie was incorporated as a city, in the days of a few fishing camps and roadside stops along US-1. Tourists have been crawling out of their cars for 67 years to snap a picture and shop Florida kitsch and shells. Stop to hear the ocean and make sure to document the moment.

With a strange state like Florida, there are surely more oddball attractions to find. The pursuit continues as I hope to bring you a roundup list of roadside stops worth the swerve every month. Share your favorite #RoadsideFlo vintage signs, funky landmarks and authentic attractions with me on Instagram @theflohemian. See my working list of Roadside Florida on Google Maps.