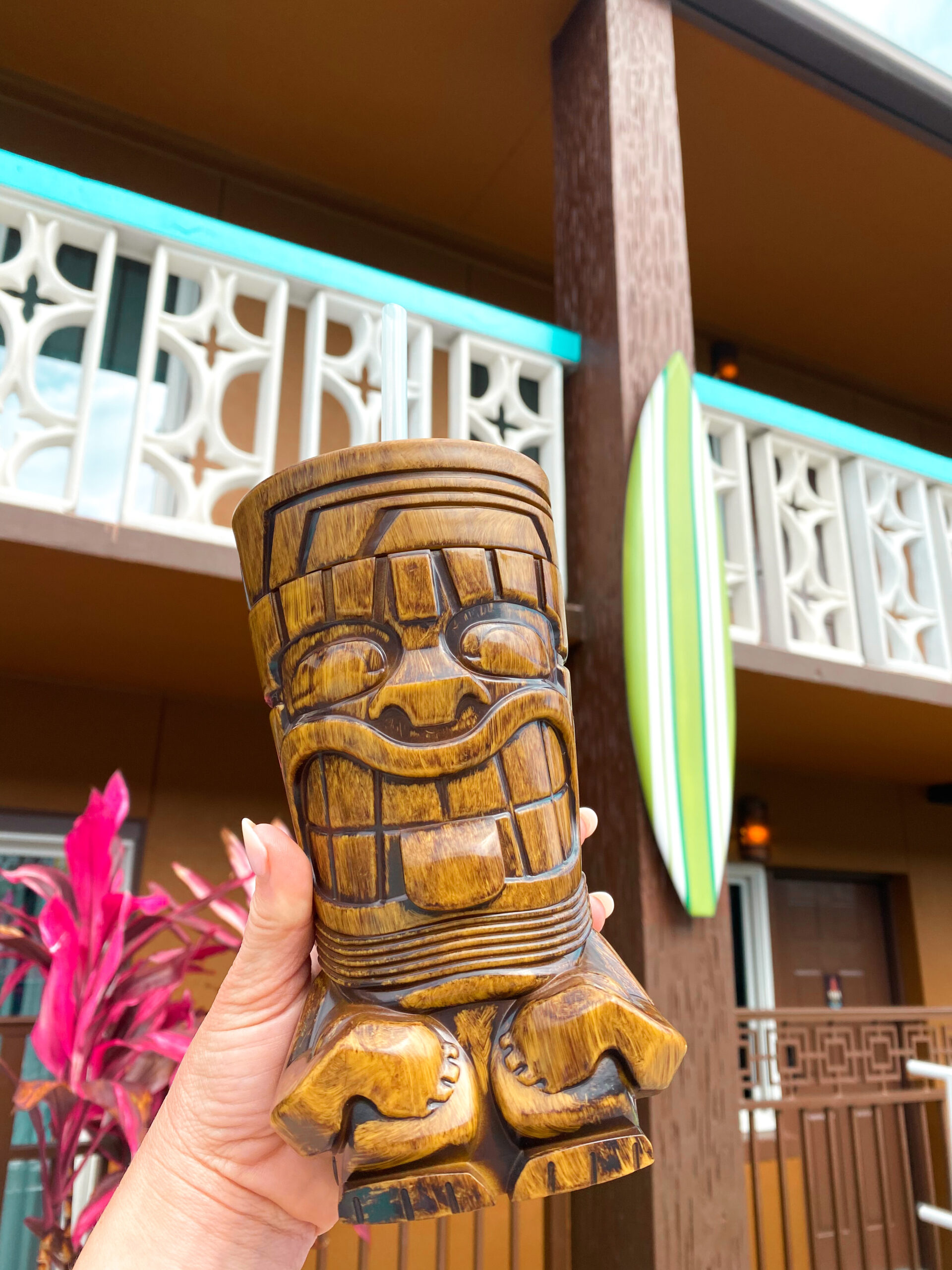 I dream of Old Florida. I dream of Midcentury America where air travel was less common, and families would pack into their cars for the great American road trip down to the Sunshine State. When I pass a motor lodge adorned with breeze blocks, I imagine a check-in resembling a Leave It To Beaver episode set in Florida. When Westgate Cocoa Beach Resort invited me for a hosted stay, I was excited because it was on my historic Florida hotel bucketlist and I have had great experiences staying with Westgate in their Orlando hotels.

Formerly the Wakulla Suites, the Westgate Cocoa Beach Resort caught my eye every time I cruised down A1A in the Space Coast. It was the topic of discussion at the Hukilau Tiki Convention as it is one of the last standing midcentury Polynesian resorts in Florida. I was stoked to live out my Nick at Nite television daydreams for a Florida Weekender in Cocoa Beach.

Cocoa Beach drips with midcentury nostalgia. It gained notoriety as the setting of the 1960s TV series I Dream of Jeannie. In a beach town with a strong surf culture, the Wakulla was iconic and played a unique role in the town’s history. Cocoa was put on the map in the 1960s at the peak of the Space Race. There was a surge in employment at Kennedy Space Station in Cape Canaveral which exploded the area’s population.

Cocoa Beach became flooded with military brats whose parents were stationed at Cape Canaveral and Patrick Air Force Bases. Local legend states there were so many kids in town, that classrooms were overflowing. Teachers were so overwhelmed with pupils packed into portable trailers that they did not reprimand students for playing hooky. The kids earned the nickname, “Cape Brats,” as they surfed, biked and played throughout the school day setting the tone for the coastal fun-town.

A real estate boom followed thereafter as many midcentury complexes were constructed along A1A. The Westgate resort that stands at 3550 North Atlantic Ave was one of them, originally built in 1965 as apartments for space program employees.

In 1972, the Mischler family bought the apartment building and converted it to a hotel composed of two-bedroom suites. The family friendly hotel donned the name, The Wakulla Suites and was decked out in trendy tiki kitsch. It was a prime spot for families to escape to as they watched a rocket launch with their toes in the sand.

The Mischlers ran the hotel for over 4 decades, until it was sold to Westgate Resorts in 2016. The Orlando based hotel group already revamped the Cocoa Beach Pier after its 2014 acquisition. Buying the Wakulla Suites was a perfect bow on the Westgate’s plan to revitalize Cocoa Beach tourism. It sat on prime real estate located just one mile from the historic pier and an hour drive to Orlando’s theme parks. Instead of knocking down the Wakulla and building a modern monstrosity, Westgate renovated the resort to retain its retro character with updated modern accommodations.

Upon arrival at the Westgate in Cocoa Beach, you are greeted by staff members for a pandemic-friendly curbside check-in. With key in-hand, you drive through the carport with tiki pillars, reminiscent of Legends of the Hidden Temple. The Tiki Modern A-Frame building is adorned with carved pineapples on its façade and a hanging surfboard sign welcoming you to the central courtyard.

In part of the $15 million renovation, the courtyard pool and grilling area was replaced with Wakulla Falls Waterpark. The central splash park is flanked by the Aloha Tiki Bar & Café, heated swimming pool, lazy river, and adult relaxation area.

The two-bedroom suites can sleep up to 6 guests with one king bed, two twin beds and a queen pullout couch in the living area. The suite has a fully equipped kitchen to stock snacks, along with a breakfast bar and dining area.

My favorite part about staying at Westgate Cocoa Beach Resort is the plethora amenities on site and easy access for things to do in Cocoa Beach. The Westgate beachfront has umbrella and chair rentals, along with yard games and sand toys for guests. There is a free trolley to the Westgate Cocoa Beach Pier and the resort has partnered with local businesses to make rentals and lessons easy to access.

Pedal to the Cocoa Beach Pier

The resort offers bike rentals through on-site partner Flohana. It is an easy and scenic one-mile cruise north to the pier. The best route to take is via Ocean Beach Boulevard, the backroad that runs parallel to A1A has very little traffic and is painted with pastel condominiums.  Reward yourself with a cocktail at Rikki Tiki Tavern at the end of the pier overlooking the Atlantic Ocean. You can also enjoy seafood at the Pelican’s Bar & Grill and other waterfront restaurants for a stellar waterfront view as you dine on top of the shoreline.

Through local partner Space Coast Slingshots, Westgate has both automatic and manual Polaris Slingshots available for rental on site. If you are not familiar with the three-wheeled vehicle, it drives a lot like a motorcycle for you to get some wind in your hair. Take it for a 20-minute cruise south to Satellite Beach where you can zoom past the Patrick Air Force Base and scenic Space Coast beaches.

Cocoa Beach is the epicenter of the East Coast surf scene. If you do not try to catch a wave during your visit, you will feel major FOMO. Surf lessons are offered on property by Cocoa Beach Surf School. Even if the weather does not appear to be ideal, as long as the waves are rolling you will have a blast! Even in the winter months when the water is chilly, once you get in your wetsuit your adrenaline will keep you warm. Instructors Jake and Sam helped finetune my skills so I could catch waves on my own within the hour lesson. They will have you saying “YEWWWW!” in no time.

The Westgate Cocoa Beach Resort helped me embrace my inner Cape Brat with a weekend of fun in the sun. There is a “No Worries” mantra amongst the Cocoa Beach locals and the laid-back attitude is intoxicating. It is a place where strangers strike up conversation, you make friends quickly and the shaka is a common gesture to say hello. If you need a weekend to escape the stress of the new normal, be sure to visit this resort to bring you back to simpler times and act like a kid again. 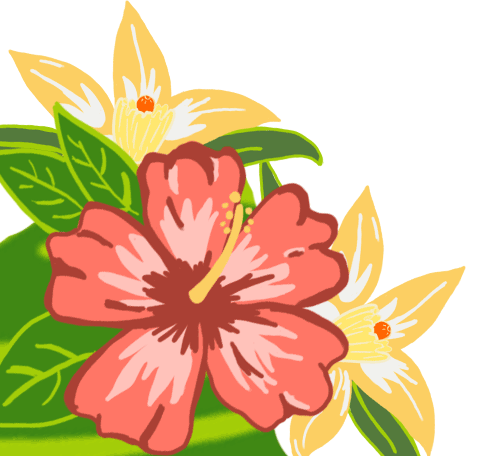