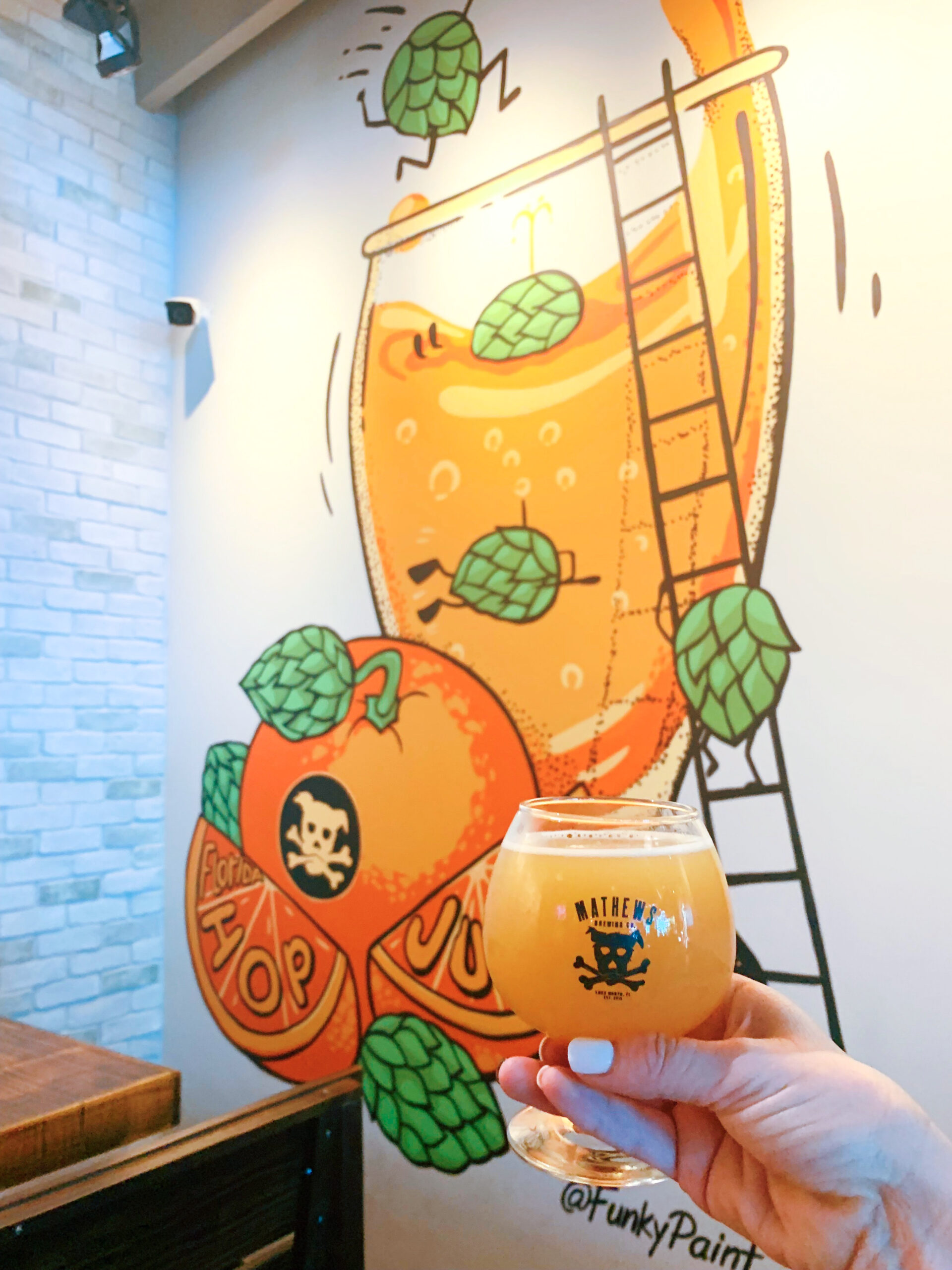 Our Florida breweries need some love right now and we need to drink up. COVID19 has hit FL’s craft brewing industry hard and around 90% of FL Breweries have been closed more days in 2020 than they have been open for business. Per a poll conducted by the Florida Brewer’s Guild, it is anticipated that if the shutdown persists for longer than 2 weeks, more that 100 breweries will have their taps run dry forever.

During the first phase of closures and reopening, breweries were given exemption to serve on-site if they partnered with a food truck. This created a symbiotic business relationship since most food trucks are dependent on festivals which have been COVID cancelled. Food trucks could provide the grub while the cold ones were poured in an environment that met the FLDOH guidelines to ensure public safety. It appeared to be a healthy solution to help out two suffering industries, until the second spike coronavirus cases closed down our bars.

Bar closures resumed on June 26, breweries included. The state no longer grants breweries exemption by partnering with a food truck. Here’s the pickle, breweries are mostly small local businesses and the cost to build out restaurant operations to keep tapping is daunting in a struggling economy. Not to mention, the restaurant industry is also starving for business, and increasing competition for food service does not appear to be the best move for existing restaurants.

Breweries primarily serve patrons in the daytime hours, but our brewing businesses are being lumped into same regulations as bars and nightclubs. Most breweries are family and dog friendly, they are not exactly the place where you slam shots and dirty dance with strangers transmitting The ‘Rona. Despite this, Florida Breweries are forced to go on a To-Go only basis which is not conducive to their retail business.

Think about the brewery retail process: you go to the tap room, try a few beers, find the one you like, grab a 6-pack or growler to take home. Not having the ability to serve on-site deeply disrupts the retail aspect of their business.

The Florida Brewers Guild has written an open letter to Governor Ron Desantis and Secretary Halsey Beshears (FL Dept. of Business Regulation) requesting a new plan that would ensure public safety while supporting the livelihoods of the tens of thousands of employees in the industry.

Why do we need to support our Florida Breweries?

In case you don’t like beer, I have a 5 compelling reasons.

Independent craft breweries are often the first business to establish itself within a distressed neighborhood due to the large amount of space required for beer production. Craft brewers pride themselves in being “committed urbanists” to provide economic stability, drawing in neighboring businesses and job opportunities to the community while maintaining neighborhood character. A wonderful example of this is Intracoastal Brewing Company in Melbourne. It serves as a community space in the Eau Gallie Arts District, an accredited Main Street America project for 10 years.

The typical brewery often serves as a live music venue as well as a gallery for local artists. Since breweries cater to an off-beat crowd, they are often adorned with murals and even local artwork for sale. Since breweries depend on their clientele to drink local, they tend to recruit local talent for packaging, marketing and merchandise. Hidden Springs Ale Works in Tampa leveraged the colorful sketches of Florida artist Ariele Katarina to create beer cans making them covetable collectors pieces. Many local breweries embed themselves within art districts, including Florida Keys Brewing Company, located in the Morada Bay Cultural and Arts District. Read about this brewery on my guest post for Living Local TV.

Breweries work closely with local bars and restaurants to promote their products creating a collaborative environment. As mentioned before, they often pair with food trucks so they can stick with their expertise in brewing while providing an atmosphere for guests seeking meals on wheels. The Beer Scene is so kumbaya that they even support competitor breweries and work on collaborations. In October 2019, 11 South Florida Breweries collaborated on a Bohemian Pilsner called “Onward Together” in order to raise proceeds for the Bahamas after the destruction of Hurricane Dorian.

Because of their vested interest in the local economy and environment, Florida breweries tend to give a damn about giving back. Taprooms are often event spaces for fundraisers, brews are born to contribute to charitable causes and many seek sustainable practices. Saltwater Brewery in Delray Beach became internet famous when they were the first to create an edible 6-pack ring from their own grain. Their 6-pack ring puts a dent in the traditional plastic rings that caused ocean pollution, and it is digestible if it does find its way into an animals mouth.

Brew Bus tours have popped up across the Sunshine State and many local tourism boards have created Ale Trails for visitors to drink their way through town. If you think the tourism industry does not affect you, are you even Floridian? Tourism is our top economic booster, bringing in $91 Billion of our state’s GDP growth and provides 1.5 million jobs to Floridians. America’s Beer industry taps in at contributing $18.9 Billion to Florida’s economy and over 150,000 jobs. Towns have been put on the map by their beer scene, including my humble hometown of Dunedin which is home to seven breweries within walking distance of each other and Florida’s oldest microbrewery, Dunedin Brewery.

How can we Save Our Suds?

1. Grab a Growler! Since the model is To Go only for most, head straight to your local brewery to fill up to help maximize the profitability to those that birthed your brewski.

2. Order Florida Beer at restaurants, or if you own a restaurant, prioritize your taps to promote Sunshine State Suds.

3. Write your local representative today. This is our first pandemic and our politicians have many things to prioritize in regards to public safety and the economy. However, their agenda should reflect the needs of their constituents. Find and contact your representative about why we need to Save Our Suds by clicking here.

4. Support Breweries on the Interwebs. There are free and easy ways to help by leaving Reviews for breweries on Yelp, Google and Untappd and following breweries on social media.

Read more of the FLO…

June 28, 2021FL Sports Coast by Land, Air + Sea
Just northwest of Tampa, sits an Old Florida haven nestled on the …
March 23, 2021Taco Bout Town in STA Beach
Surfing and tacos are a match made in beach bum heaven. There …
February 3, 2021Resort Review: Westgate Cocoa Beach Resort
Formerly the Wakulla Suites, the Westgate Cocoa Beach Resort caught my eye …
December 5, 2020STA Nights of Lights: Tips from an Almost Local
One of the most celebrated holiday events in the Sunshine State is …