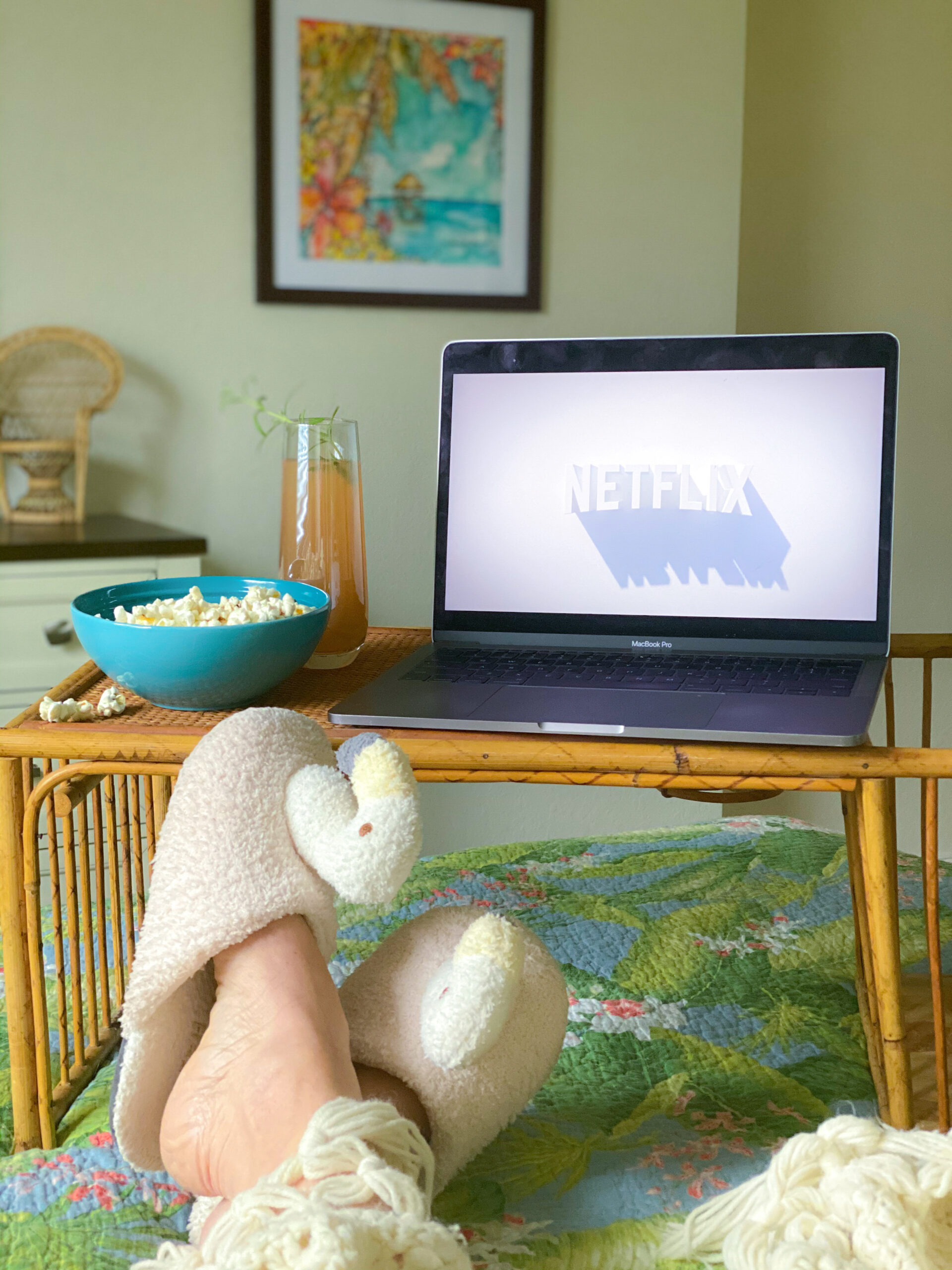 We have two weeks left for the Florida Coronavirus Stay Home Order and your Netflix queue may be running low. If you are staring longingly out your window, still mourning that beaches are closed all spring, you certainly are not alone. In an effort to bring sunshine to your living room, I have scoured the streaming services to find the best TV shows to watch set in the Sunshine State. If you scream at your TV, “Yes! I am STILL watching,” we have a lot in common, and you will love these recommendations. Refill your quarantine drink and get ready to Netflix and Chill.

Disclosure: The links below are Amazon affiliate links. At no cost to you, I can earn a commission if you purchase through any of the links below. If you’re not a Prime Member yet, I strongly endorse it as a member for over a decade, Click Here for a Free Amazon Prime 30 Day Trial.

The plot unfolds the sordid history of the Rayburn Family, renown in Islamorada for their political influence and successful bed and breakfast. The dark story line trails through the sunny backdrop of the Florida Keys. The Rayburn’s island life is turned on its head with the return of the black sheep and eldest son, Danny. His arrival uncovers family secrets and childhood trauma. If you enjoyed Big Little Lies, you will appreciate the suspense built in each episode with flashbacks and foreshadowing to a murder in the mangroves. If you frequent the Florida Keys, you will recognize the filming locations at Morada Bay, Robbie’s Marina and Alabama Jack’s, among other Islamorada icons.

Where to Stream? Netflix only since this is a Netflix Original Series.

Of Becoming A God In Central Florida

Set in Orlando in the 1990s, Kirsten Dunst plays Krystal Stubbs, an Orlando waterpark employee that becomes a widow after her husband is tragically eaten by alligator. In her grief, she finds her husband has surrendered all of their assets to buy inventory for a Multi-Level Marketing Scheme called FAM. It provides an animated depiction of nostalgic Florida, with colorful cinematography, quirky characters and tourist trap stereotypes. If you love cult classics and dark comedies like The Big Lebowski, you will be enthralled by this whimsical ride through strange Florida. By the end of it, you will be wearing neon and signing up for Swimmercize class.

As a Florida raised millennial, Siesta Key is a dramatic looking glass into my adolescent years. This MTV reality show follows the lives of affluent 20-somethings as they parade around a barrier island off the coast of Sarasota. The series was initially funded by the marketing guru and founder of 1-800-Ask-Gary, to make his entitled and unlovable son a reality TV star. As cringy as Alex Kompethecras can be, I am obsessed with this show. He is the epitome of the rich Florida douche that we all went to high school with making their petty drama very relatable. It is completely dramatized, but with sunset romance, mudding dates, babes crying on the beach, and boys asking for forgiveness with Publix cookies and flowers, it will feel very familiar if you grew up Florida and drank heavily in college. Be prepared for it to become your ultimate guilty pleasure.

Where to Stream? MTV.com requires a login for your Cable Provider. If you do not have cable, try a 7 day Free Trial of Prime Video MTV Hits Channel or Buy Each Season of Siesta Key in HD on Amazon for $19.99

If you have not watched this show yet, I don’t know how you have been surviving the lockdown in Florida! The center of this documentary is Joe Exotic: a sequin covered, gun-toting, potty mouthed, homosexual meth addict that once owned the largest private zoo in Oklahoma. If you think Florida is crazy (which we know we are not), just imagine that Joe Exotic actually won 18% of the vote in the 2018 Oklahoma Governor’s Race. This stranger than fiction story stretches its tentacles to Tampa, where Joe’s nemesis, “that bitch, Carole Baskin” and director of Big Cat Rescue tries to shut down his operations. You will also be introduced to other Florida characters like Mario Tabraue, the former drug king pin that used to smuggle cocaine in the body cavities of snakes. He is currently a reptile breeder for the Skunkape Headquarters. Joe Exotic’s inspiration to start a zoo came from Lion Country Safari in Palm Beach County. After the Florida Coronavirus restrictions are lifted, I anticipate myself to become James Garretson, riding a jetski off into the sunset with a few extra pounds from quarantine snacks.

Where to Stream? Netflix only since this is a Netflix Original Series.

This show is set in the fictional Sarasota County town of Gulfhaven. Courtney Cox plays a Julie, who is navigating life as a new divorcee with her teenage son. Her ex-husband is the epitome of “that Florida dude” living on his dry-docked boat. I tried watching the series when it first piloted in 2009, which it didn’t resonate with me at the time when I was in college. At 33, I deeply appreciate Jules’ antics as she drinks absurd amounts of wine on her patio and screams across the street to distantly talk to her neighbors. I think during this pandemic, I have channel my inner Julie a few times per week. Right now, we all need a laugh and the Big Lou, her wine glass that holds approximately 0.8 bottles of wine.

Where to Stream? Hulu is the only streaming service offering this title.

This is certainly my favorite Florida show, and perhaps my favorite TV series of all time. The show is centralized around the protagonist, Dexter, an infamous Miami serial killer that is yet to be caught. This handsome sociopath is the ultimate Florida Man, living a double life killing criminals in a meticulous way and working for Miami Metro Police Department. Michael C. Hall evolves Dexter’s character to waiver from lovable-to-deranged throughout all 8 seasons. The show captures the rhythm of Miami, noting cultural influences from Latin America and the Caribbean through its cast. Dexter’s “dark passenger” contrasts with his cheery facade as an easy-going guy who likes to cruise his boat around Biscayne Bay… where he dumps dead bodies.

Where to Stream? Hulu, Netflix or Prime Video with SHOWTIME Channel.

Just hangin. 👻 Do you ever think aliens tried t

It’s 88 degrees + raining in my stretch of Flori

#FloridaFunFact Friday has me pining for a Piña C

If anyone is looking for Happiness, I can give you