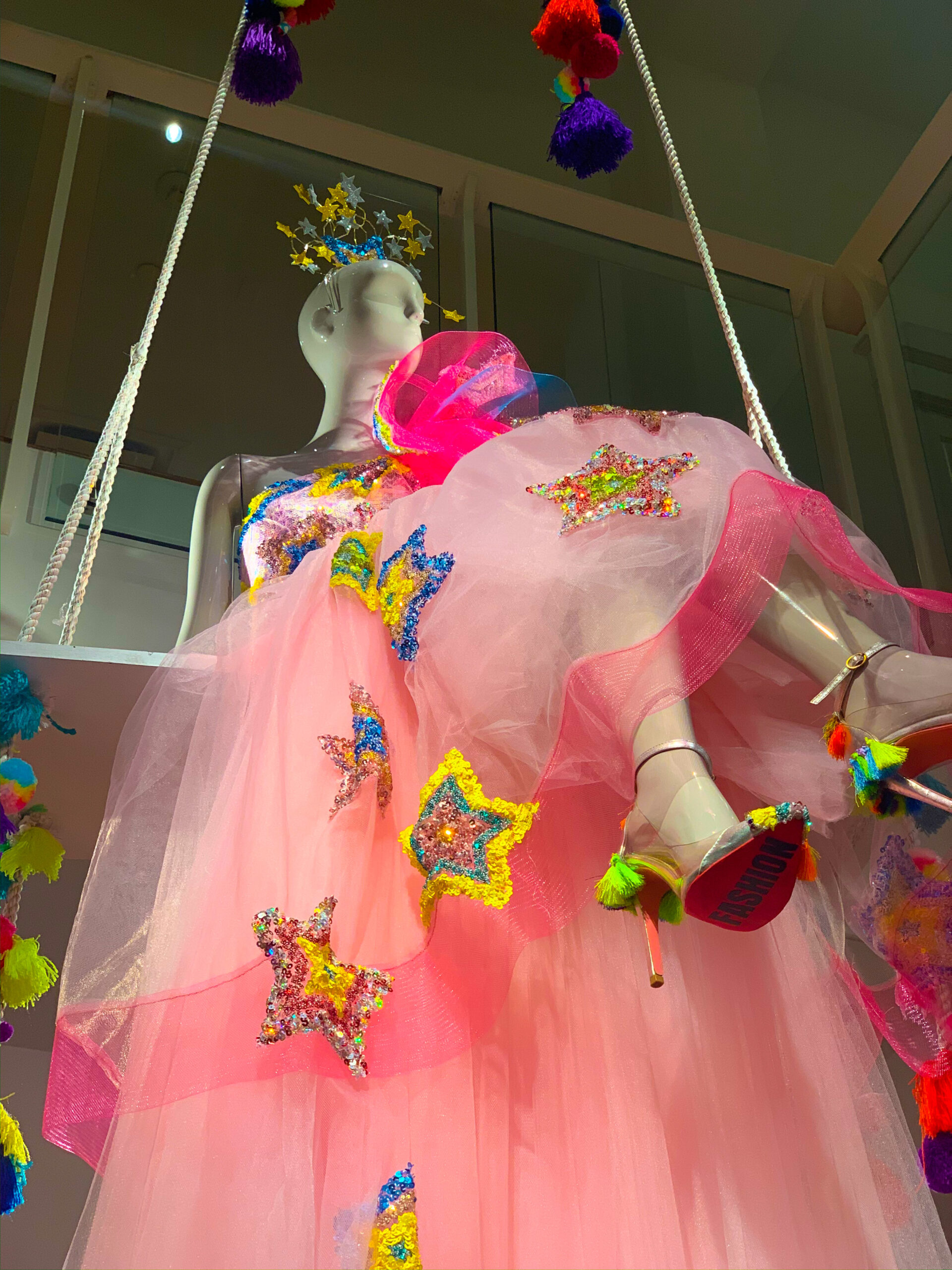 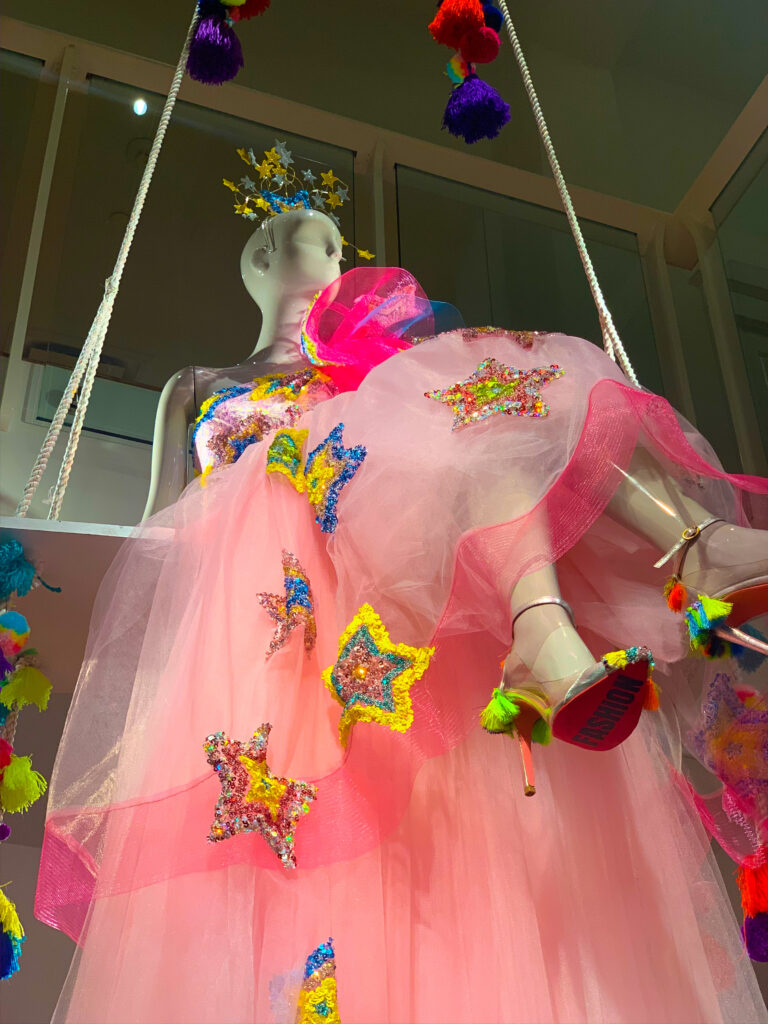 Cornell Art Museum is swinging into The Season in style with the latest exhibit, Art Couture: The Intersection of Fashion and Art. This exhibit featured twelve designers ranging from style icons like Andy Warhol, to legends in the making.

My favorite part of the unveiling exhibit is the first glimpse spotlight artwork in the Cornell’s foyer. Walking in the Vernissage, I saw powder pink tulle dripping from the ceiling with a star-spangled pattern entitled “We Are All Stars”. The mannequin wore red-bottomed heels with the words “Fashion is Art” on the soles. My heart did a heel-click, as I immediately recognized the happy hues of Delray Beach designer, Amanda Perna.

Amanda Perna is a hometown hero, with her work featured on Project Runway and designs sold in Anthropology, Nordstrom and Neiman Marcus. Her display of “Runway to Reality” featured a collection of fashion sketches as you are guided from her concept to the finished product of Perna’s technicolor ensembles. My favorite of The House of Perna was a Bohemian frock detailed with worldly embroidery and beaded fringe. I could imagine myself twirling in the neon threads at an indie rock concert. Her intuition as a designer shines through, when I see her dresses and I know exactly where I want to wear it.

While approaching the cocktail bar at the Vernissage, I was distracted by real life paper dolls on the stairway. I followed them like a white rabbit into the room that was the Wonderland of Rick Lazes. Rick Lazes is an inventor, using his proprietary process to make acrylic sculptures of Paper Dolls. His work is distinguished from the nostalgic children’s books as the sculptures feature realistic female curves. It holds an artistic sensuality where you can imagine folding the tabs over a woman’s body. 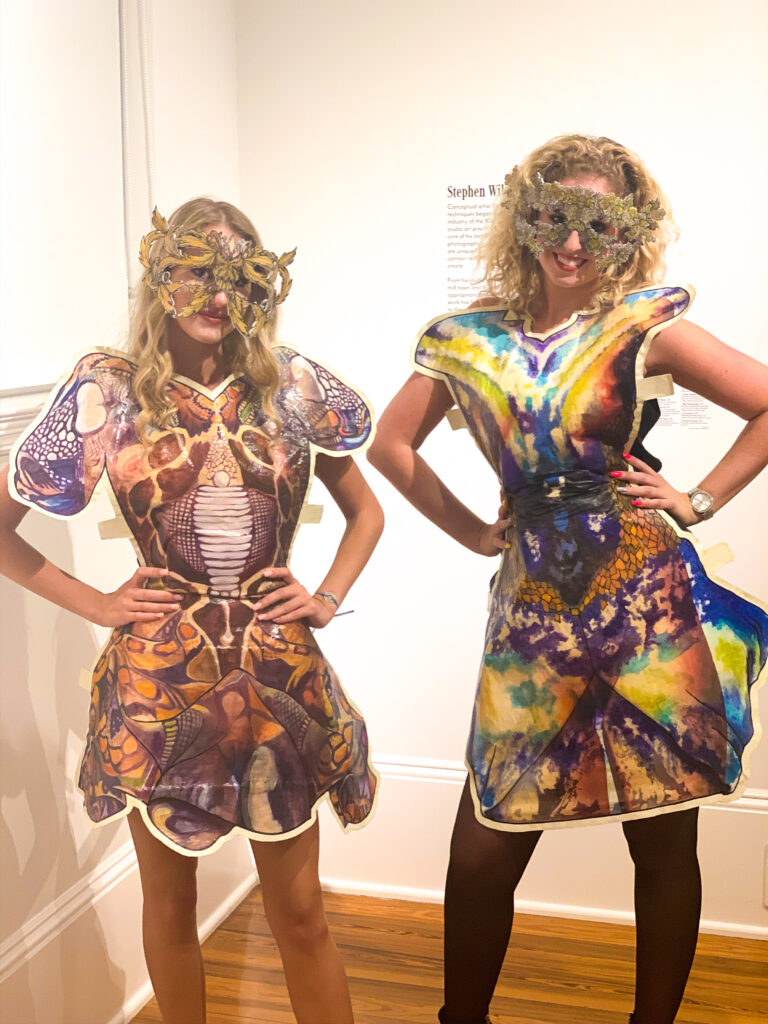 Men’s fashion was also featured alongside a great story about the hustle of Timo Weiland. Previously working at Deutsch Bank Securities, Weiland was likely doing the 9-to-5 in his suit ruminating over how he could design it better. His sewing skills had been coached by his mother at a young age. One day, Timo got the call from partner Alan Eckstein to be brought on as a financial advisor to a fashion brand. Timo left his job to join Eckstein and Donna Kang. When I saw Timo’s designs, Justin Timberlake’s “Suit and Tie,” reverberated in my head as the style is chic with a swagger.

Sprinkled throughout the exhibit, is the mixed media marvels created by Stephen Wilson. He combines a variety of textiles, photography, and recycled materials for show stopping collages. Wilson was a freelance designer in the NY garment district in the 90s. His current creations I categorized as Stiched Graffiti: street edge embellished with precise needlework. Wilson draws inspiration from incorporating iconic designer logos such as Gucci, Hermès and Christian Dior from upcycled boxes, vintage pieces and celebrity portraits. 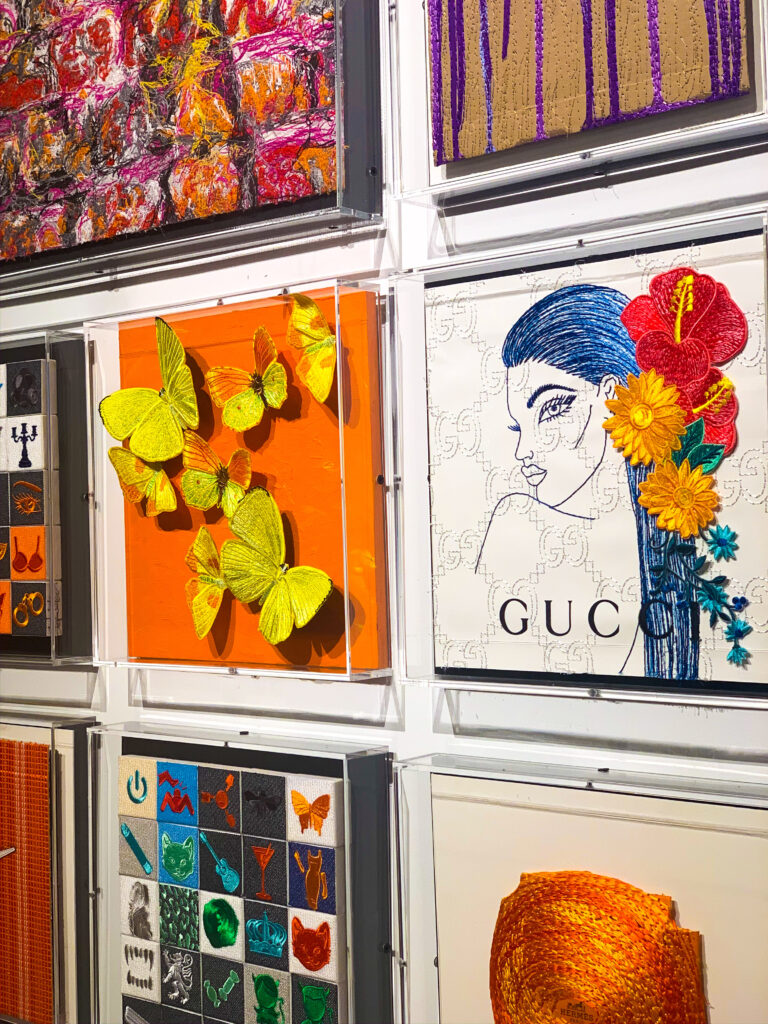 For a show stopper, the handiwork of Sonya Sanchez Arias uses recycled materials to make dresses. Of Sonya’s trilogy of work at Art Couture, I was drawn to Dorian Grey. Named after Oscar Wilde’s novel, this piece was driven by the quote: “Behind any exquisite thing that existed, there was something tragic.” She translated this into a monochromatic black gown constructed from Hurricane Dorian supplies, plastic straws, garbage bags and water bottles. Her work has a melancholy beauty, she creates gorgeous gowns that makes you think deeply.

At this exhibit, you will also see the work of Sylvestre Gauvrit, Becky Rosa, Wayne Warren, Russel Young and Robert Mars. Grab a date, get dressed to the nines and go to Cornell Art Museum to take in the trends, tones and innovation. 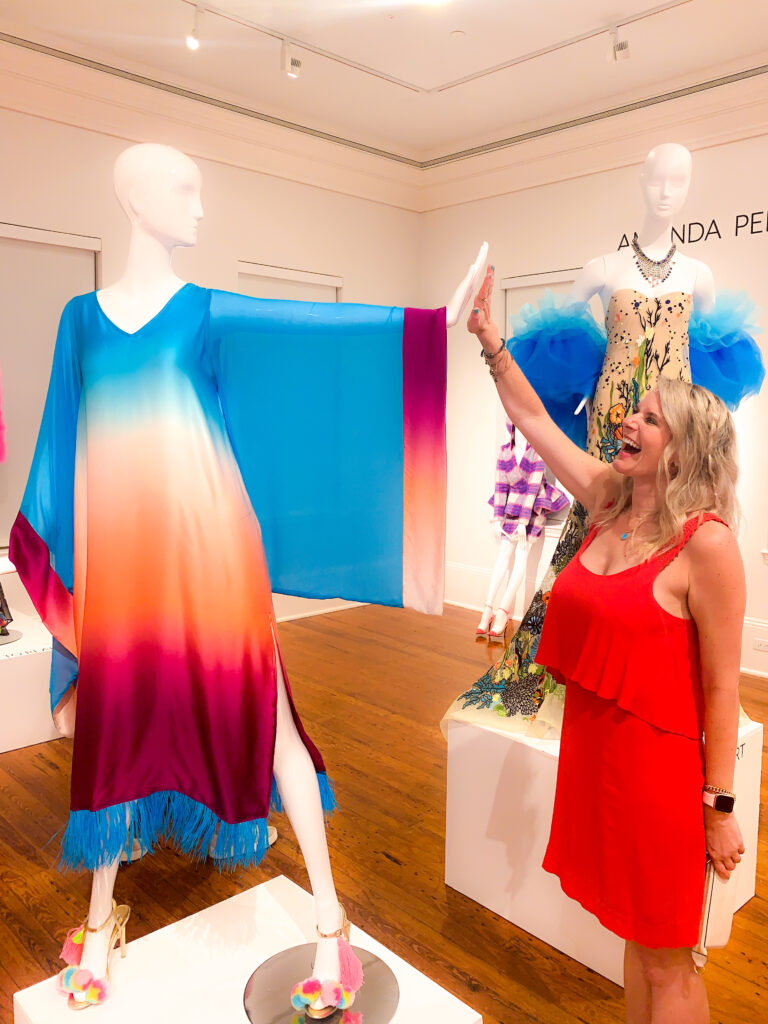 ADMISSION IS $15 FOR NON-MEMBERS

There must be a super bougie clown walking around

I teamed up with @sahara_rose_skincare to help bri

If you’re a sponge for information 🧽 + love F

It may be Monday, but make it sunny, Little Honey.

1st day of this New Year falls on #FloridaFunFact

The fact that @thehazelbay makes up 1/3 of my #top